Paula’s writing builds on her own experiences. She has travelled in more than sixty countries on six continents. 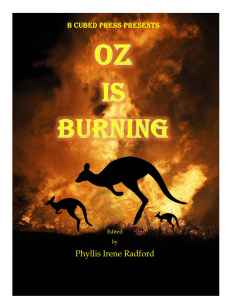 Paula’s latest short story is published in the fundraiser anthology, Oz is Burning, a speculative fiction anthology published by B-Cubed Press in the USA. A share of the proceeds will be donated to WIRES, the Australian wildlife rescue organisation.

Oz is Burning can be puchased here. 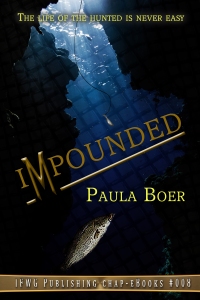 Starting life in a hatchery before being released into an impoundment lake, a barramundi suffers in the restrictive conditions before nature provides the release of a flood.

Follow the challenges from the fish’s point of view as he avoids predators, changes gender and struggles against fishermen.

Based on fact, this short story gives insight into the life of one of Australia’s most prized catches.

Impounded is available as an e-book from all major online bookstores such as Amazon.

Chap e-book – Of Emus and Seahorses 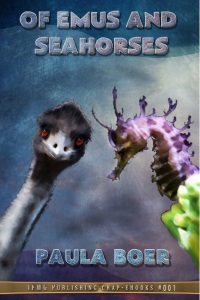 An emu struggles to raise his offspring and a seahorse dances with his mate before nurturing her eggs inside his pouch, two examples of males that carry the responsibility for caring for their young.

From a crocodile dealing with the extremes of drought and flood, a humpback whale migrating thousands of kilometres with her calf, to a whirligig beetle escaping predatory fish, this collection of short stories provides insight to some of the challenges faced by Australia’s fascinating animals.

Of Emus and Seahorses is available as an e-book from all major online bookstores such as Amazon.

Paula’s debut novel, The Okapi Promise, is based on her adventures in Africa in 1990. 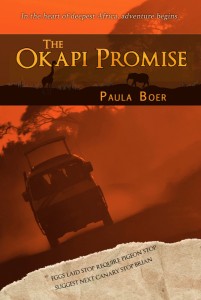 A cure for rabies is discovered in the heart of Africa. Two unknown adversaries join a small tour group to gain the serum. One wants to use the cure for the good of all mankind; the other for personal glory and profit.

The travellers are threatened by wild animals, tribal unrest, personal hardship and vehicle breakdowns. Set at the start of the Rwandan Civil War, the race to patent the new drug is against more than time.

The physical and emotional challenges of the journey across the whole continent leaves no-one unchanged—and one of them won’t come out alive.

The book is published by IFWG Publishing (released December 2010). It is available from Amazon and other online stores in paperback and e-book.

For readers in Australia, signed copies can be ordered here for $30.00 including postage.

Paula has had numerous short animal stories published by Indigo Dreams in the UK.